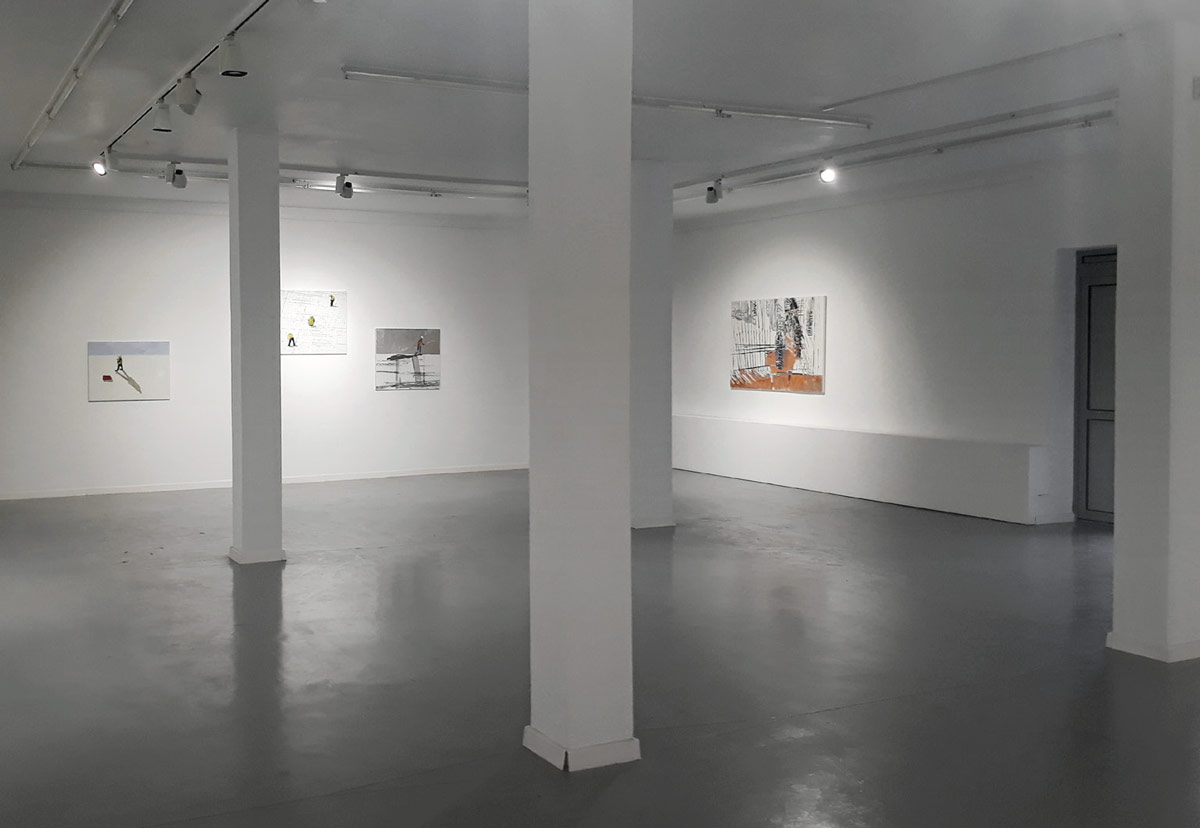 The tension created between the policies of building an artist’s identity (and the awareness of his/her work) and those of inoculating the ideals of a “creative’s” identity ideals (with the latter’s commodified speculatively) defines a time of decisional contrasts. The generalised opinion supports a fracture between what is metaphorically called “blue collars” (workers in overalls) and “white collars” (workers in shirts and ties), designating two social categories whose work is differentiated in terms of ideology and pay. One strong trend is that of creating a framework within which those who attend art study programmes are associated strictly with the “white” workers (intellectuals, members of the “liberal arts” community) from the “creative industries “. Thus, a speculation is created, according to which artists should construct an identity as “creatives”, which will ensure some form of economic self-support through the exercise of a “white work”, superior to the “blue work” (that of “usual”, “common” workers, whose work does not deserve to be reconsidered), which top a great extent has come to be associated with “black (market) work”. The paradox comes, however, from the fact that the so-called “white work”, which should designate both the “high level”  of artistic work (considered “creative” in a definitely neoliberal economy) and the more solid financial reward, is actually “white work”  in the sense of work that should never be defined in a context of abusive ideological appropriation, but should instead preserve its open character, not fitting within preset frameworks, liberated in the experimentation of everything that can be created starting from a plain white space.

Sarah Muscalu has approached this “white work” both as a manifest of artistic practice, viewed as a means to continuously outline meaning, to build a habitat, to become involved in a project irrespective of the “absurd” and of the “nothingness”, as well as an ironic take on those who build an idyllic image of the artist as an “icon” of innovation and cultural capitalization.

In her works, Sarah Muscalu has painted workers who draw a foundation in a building site. The workers, wearing white engineers’ helmets, draw constructivist structures, transmute grids, prepare the painting of walls. Ostensibly, the workers work on a building site, but if we transpose ourselves into their world through a mental experiment supported by their visual representation, we realise that they are engaged, in fact, in producing a post-constructivist abstract painting. Sarah herself no longer works on canvas, but instead simulates a population of small oleo-political figurines that perform on the canvass’s theatre of operations.

Her references, although quite direct, as they also point to the construction of a site in the aggressive proximity of the window of her atelier, now demolished in order to make room for the construction of residential luxury apartments in the city’s industrial district’s, commandingly circumscribe the ambiguous condition of the artist’s physical and creative labour, which is most times ignored, levelled by a culture of entrepreneurship.

Sarah’s painting is allusive in multiple ways – to realist thought, to constructivist principles, the goals of socialist realism, to discursive painting and to socially engaged painting, to processual painting and to performative painting, to her own everyday experiences. In the white space of canvasses, before visualising the path of any brushing, one feels an overwhelming introspection into the condition of the artist as a cultural worker, as a construction engineer for the new living places in a social field that is increasingly more hierarchized and accumulated. 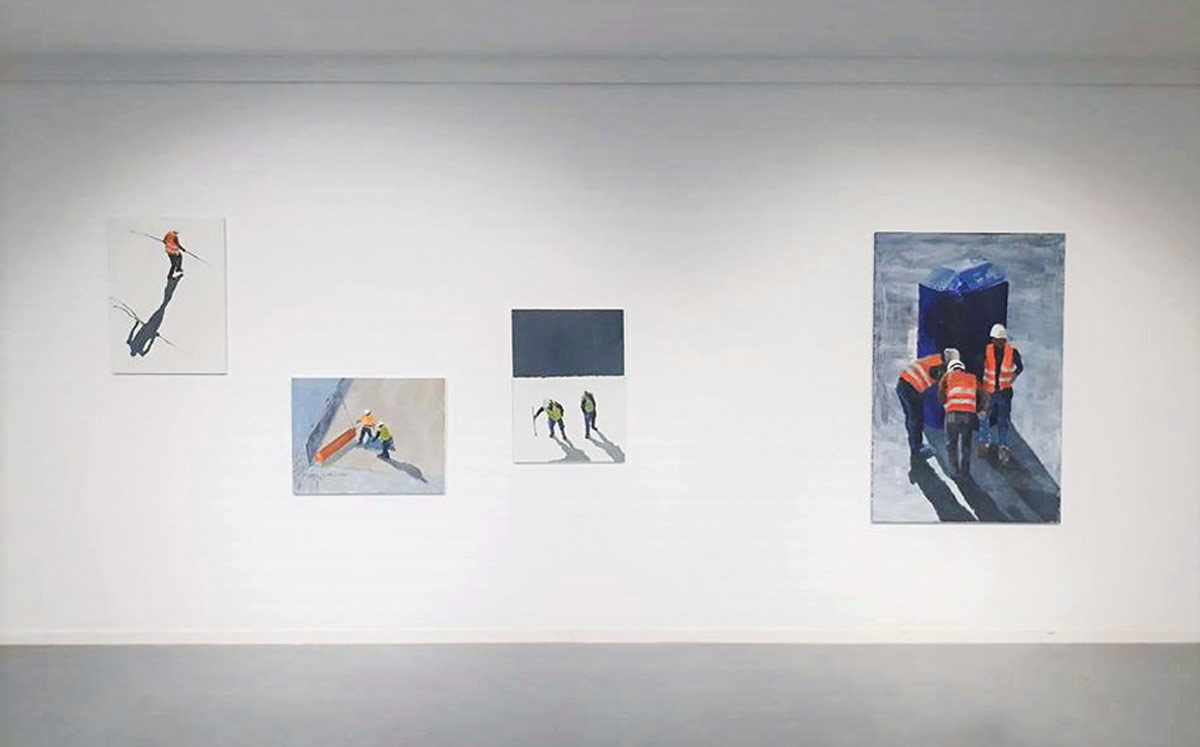 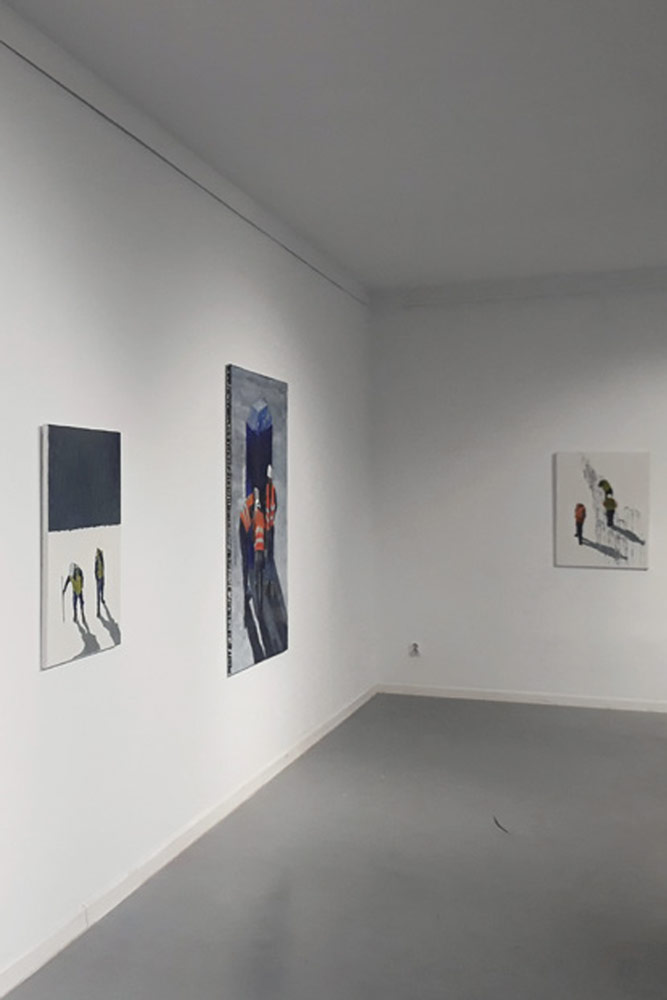 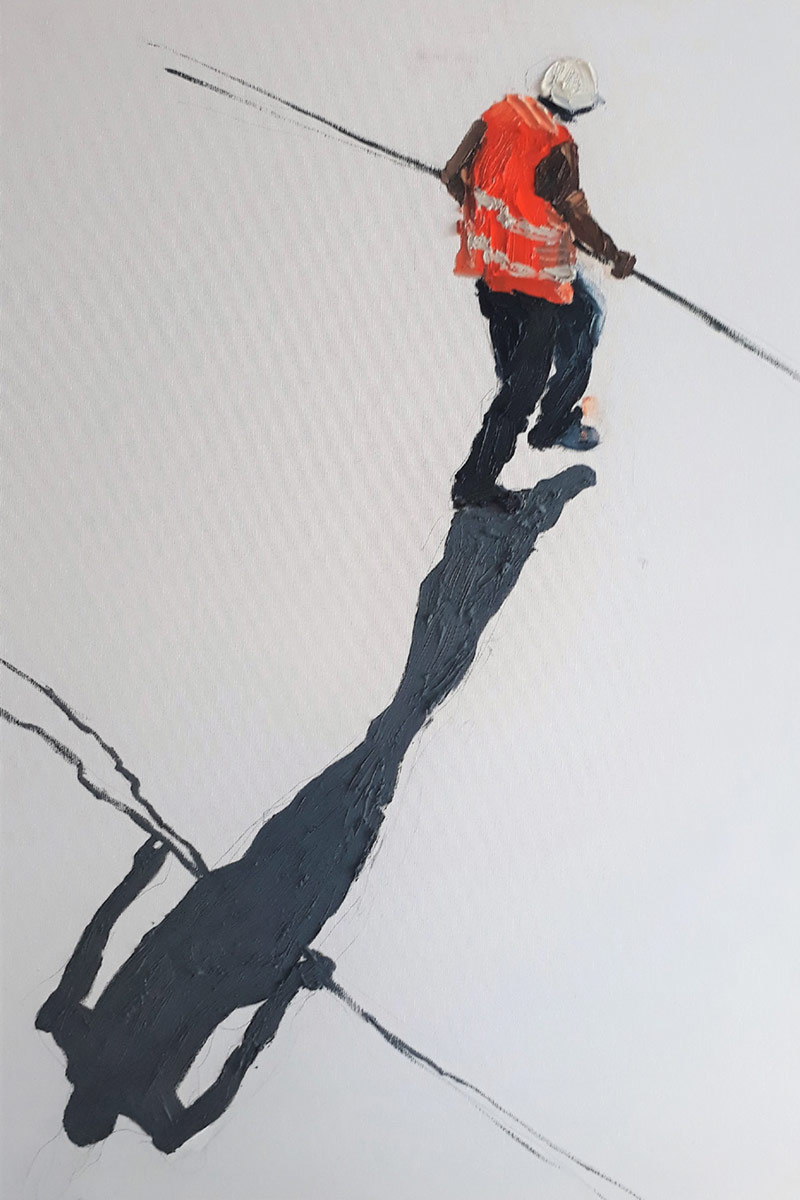 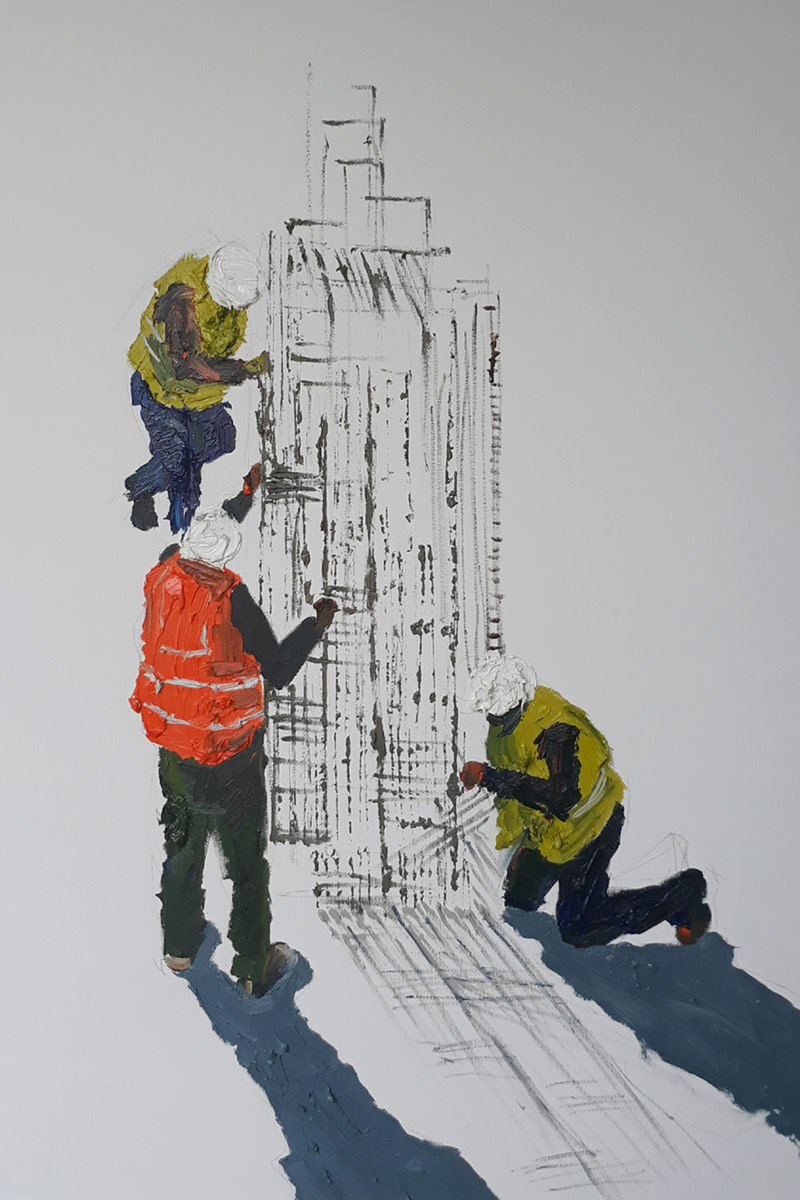