Sarah Muscalu
In the Absence of a Counterfactual Forgetfulness

The exhibition installation realised by Sarah Muscalu has presented one possible experiments of affectively rationalised and inter-medialised imersiveness that, on the one hand, has recalled a reference to a manner of (self)perceiving the experience of the versality of habitation, and on the other hand has involved a visual coding of the conceptual and technical processes of representing, in a rationalised manner, the effects of remembering.

The works presented in this exhibition experiment could be interpreted, at the same time, as “site-responsive” paintings, as post-photographic interventions and as post-pictural architectures. In her processual research,  Sarah Muscalu has memorised the space of her studio, in a building that has since been demolished in order to leave room for the construction of a residential complex, as well as other spaces she has lived in, producing a number of sketches and photographs that she has projected, through specific photographic filters, on detailed images taken from the sites of post-industrial ruins and from the building site that had replaced her workspace, obtaining thus new photographic images which she then transposed analogically on canvas-screens, which she subsequently put through baths specific to the processes of the photographic darkroom, and subjected to pictural interventions,  reconstituting in brief the coordinates of the space of her lost studio and of other places she had lived in. In the exhibition space, these canvas-screens were integrated in a process of expanded painting that has assimilated the gallery space in the architectural coordinates of the studio and inhabited spaces.

The superposition of the artist’s perceptive-affective experience with the experience of visiting the gallery space, through spatial interventions specific to post-painting, became thus a conceptual-visual metaphor for the stratification and expansion of the experiencing of memories, emotions, thoughts, imagination, rejections, approvals, uncertainties and liberations. The fact that the installation was made by hanging the canvasses like screens has allowed the audience to move abstractly through space, performing a sort of immersion in the artist’s visual memory. The visitors were moving in the intervals of a space that was at the same time post-architectural, post-photographic and post-pictural, noticing subtle changes, contingencies, alternatives, speculations, possibilities.

The exhibition title brings to critical attention a triple negation that cancels itself successively in the re-presentation of the space of the artist’s studio, of the spaces she used to live in and of post-industrial spaces in memories that materialise forms of repairing temporal transitions. The “absence” is a reference both to the destruction of the artist’s workspace and of other derelict spaces investigated visually, as well as to the impossibility of forgetting the transformation of an architectural presence into imposed absences. Oblivion has become counterfactual in relation to the history of replacing the artist’s workspace and of production spaces in general with spaces belonging to the speculations specific to financial capitalism. The exhibition has transmuted these destroyed, occupied, transformed spaces, using a series of visual memory filters, into the free space of the gallery, marking the counterfactual absence of historical oblivion. 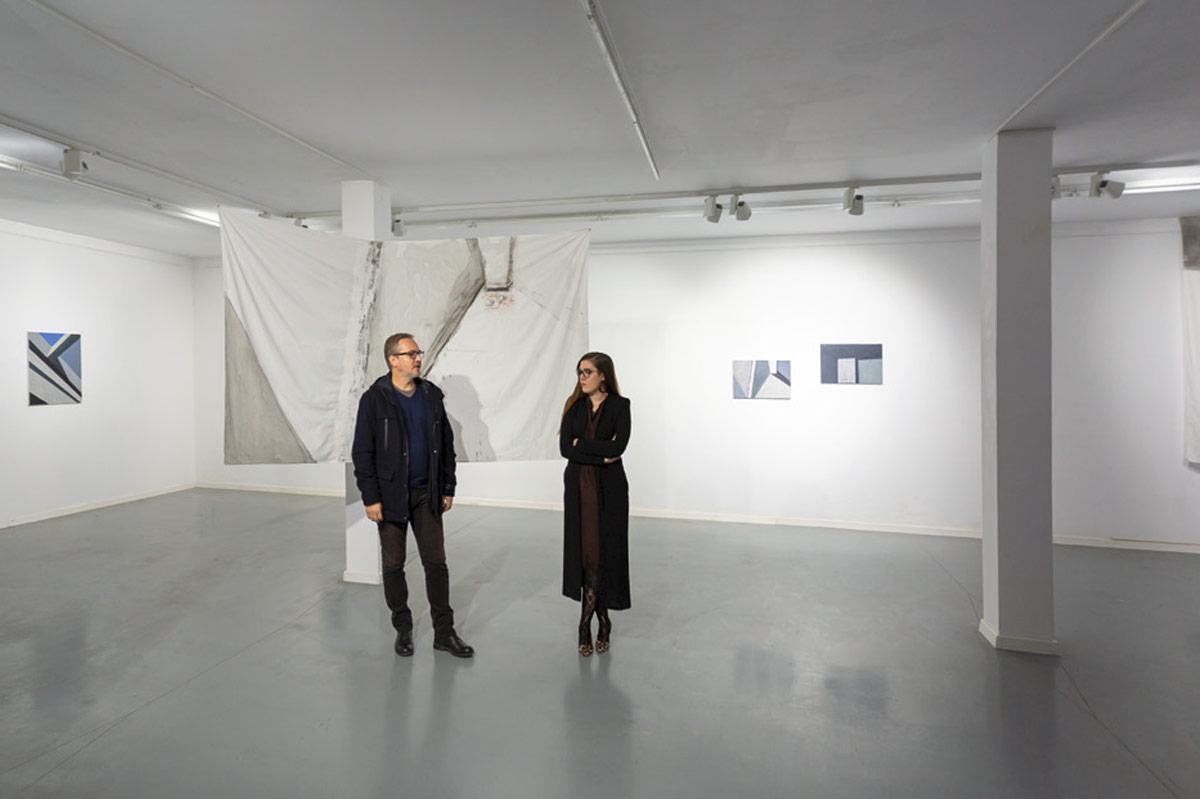 Questioning the paradoxical status of an artistic practice, with its oscillating character, at the over-circulated border between photography and painting, one can feel the condition of a continuous transformation of the topography of the explored territories. This perception change phenomenon is owed to the artist’s ability to transgress the temporality of presence by de-spatializing and re-spatializing the conceptual positioning. Whilst on the one hand we can accept integration in an anamnesic and phenomenological experiment, by recognising a manner of re-memorising and re-drawing the spatial structures of work and habitation, on the other hand, by entering the reconsideration of the process of an extended spatial painting, we can understand painting as a performative and architectural medium, and photography as an operational and productive medium. 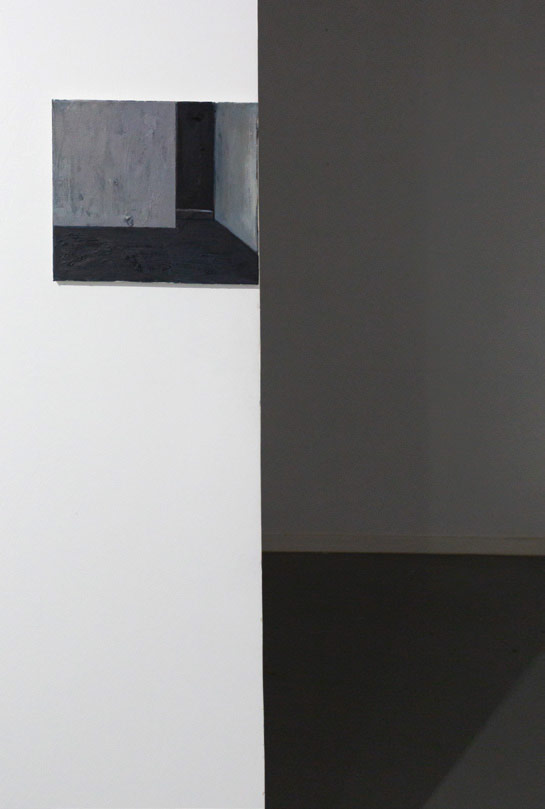 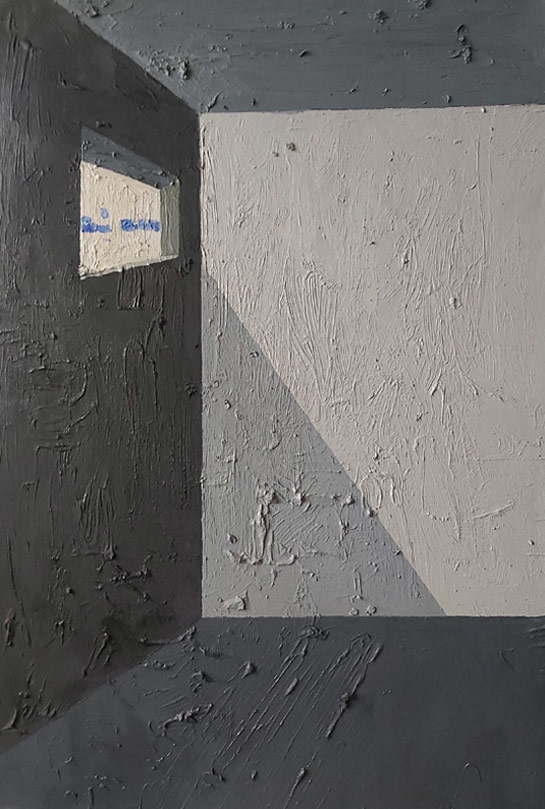 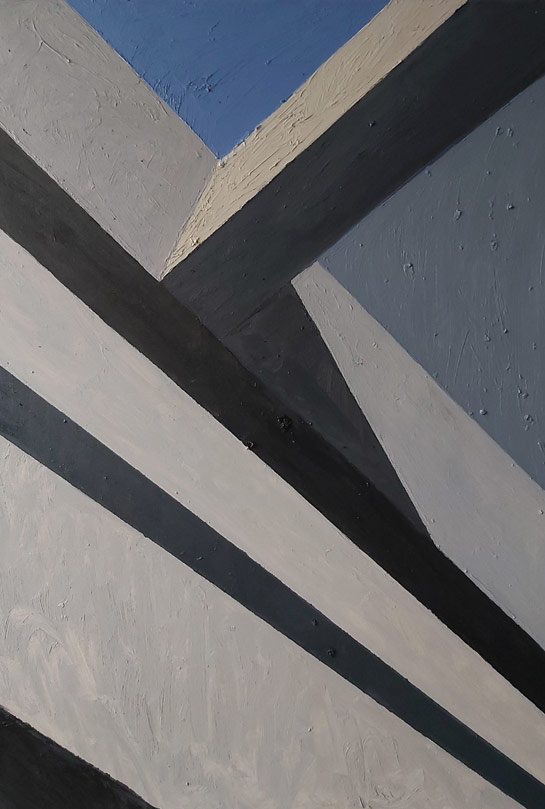 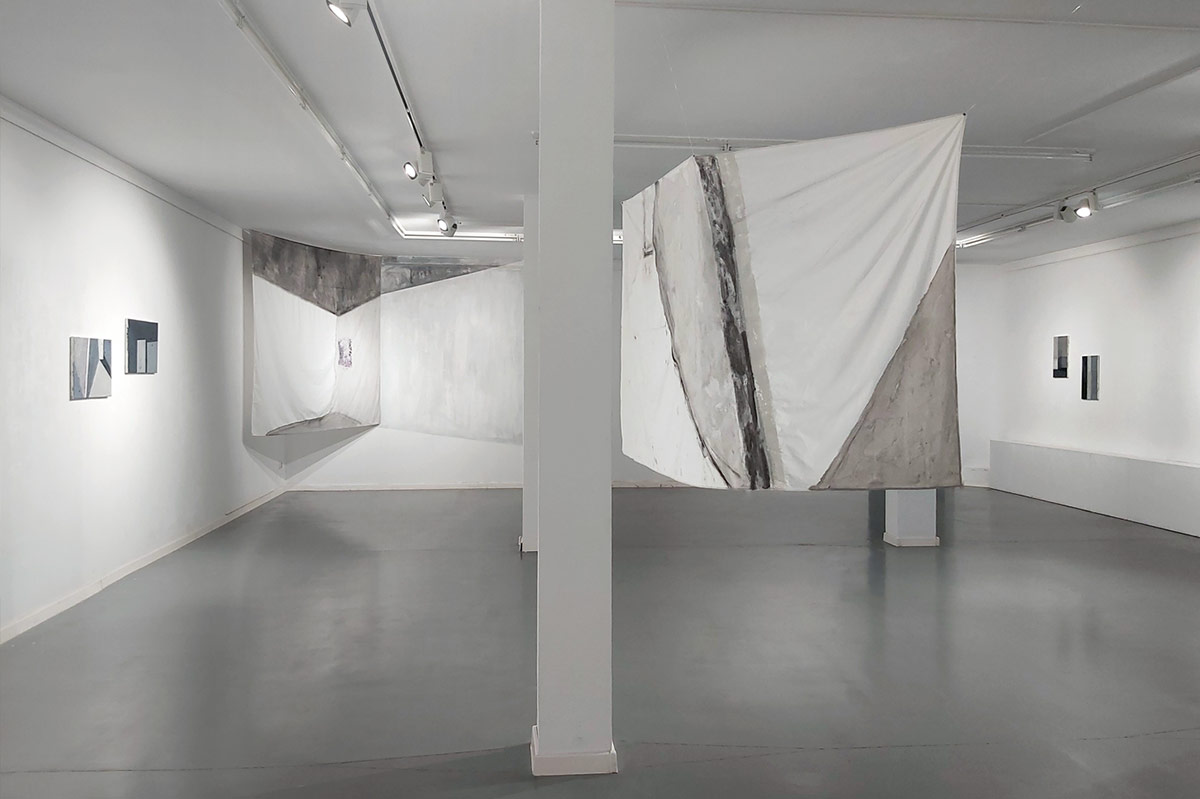 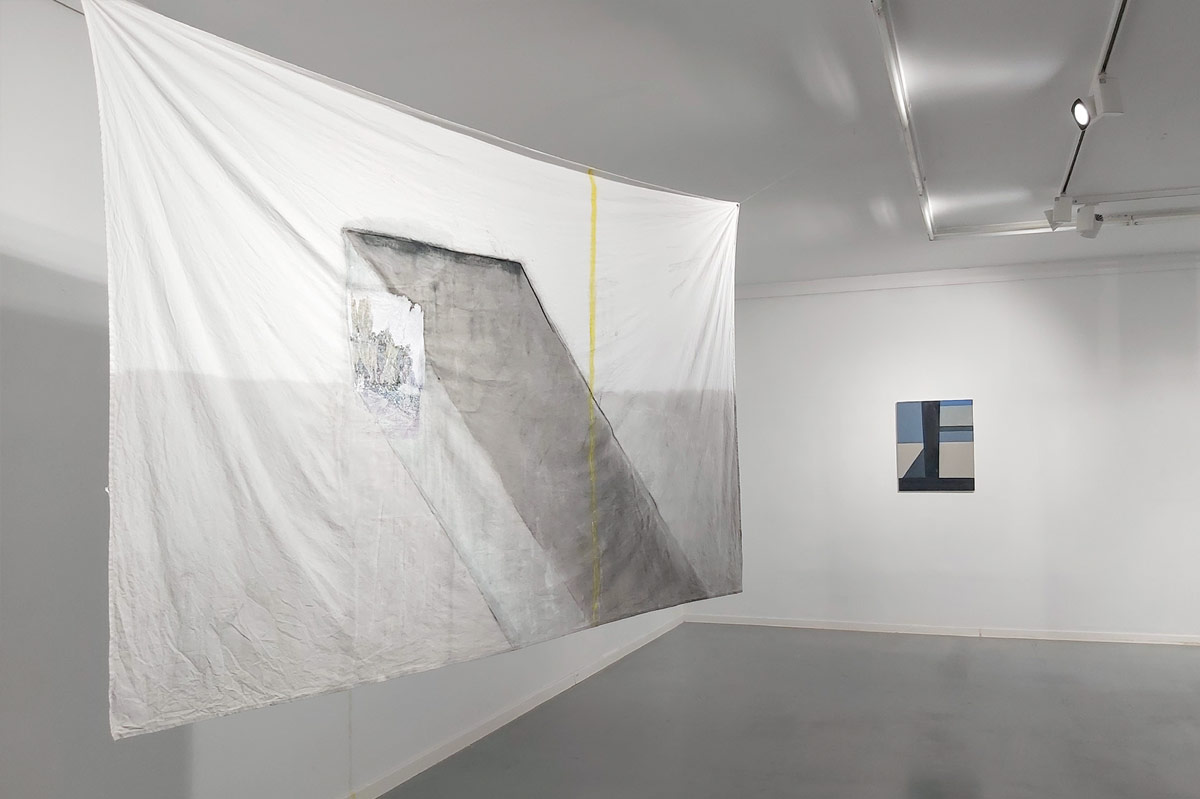