A successful product of the Photosensitive Materials Plant within the “Azomureş” Chemical Plant, the AZO brand dominated the photographic production of the eighties, the photosensitive materials being used in the field of public services, such as healthcare and defence. Privatized in 1998, the factory was closed down in 2003 and production was stopped due to alleged lack of productivity. Many voices in the context claim that the dismantling of the factory and the recycling of the paper already produced proved to be much more economically profitable for the owners of the plant.

“AZO” consisted of a project of symbolic-material documentation and photographic archiving that resulted in the presentation of a piece of artistic research in the form of a visual installation and to the interpretation of an act of photojournalism as an expectation horizon in which the photographic practice took an artistic turn. This project-in-progress has presented, in a first exhibition stage, material documents and visual narratives that had the role of activating the critical memory of the circumstances of the “Azomureş” Plant of Photosensitive Materials, from its “strategic” construction, during communist times, until its “suspicious” closure in the pan-capitalist period. In the series of photographs presented in the exhibition, through a gesture of performing the documentation of the condition of a disappearance, Răzvan Ghindăoanu has superimposed archive images of the dismantled technologies on AZOMUREȘ films and paper past its sell-by date.

The exhibition project was presented in the form of a photographic installation with archiving function, consisting of a series of images documenting the plant spaces, decommissioned today, a series of objects produced by AZO, a selection of newsclips regarding the closure of the plant and an old documentary about AZO, produced during the communist era, as well as an account by the former manager of the factory, describing the production process, lending thus imaginary life to the silent spaces and equipment photographed. This complex of methods of recording the memory of the AZO plant aims to excavate, both the intimate associations and the public reactions generated around the situation of analogue photography and the production of local materials in post-socialist Romania, indirectly exposing, from the perspective of multiple points of view and facets, the general socio-economic situation that served as a context for the story.

In the formal ensemble of the work proposed by Răzvan Ghindăoanu, the product of a journalistic investigative research, memory, both the individual and the collective one, plays a decisive role. The dialectic of recollection and amnesia conceptually connects the static and mute image of the present and the verbal description of the same spaces in the past, auditorily exhibited, thus superimposing the present and the past based on the memories and testimonies of the people who used to work there.

A general question revolves around this exhibition survey: what role did this factory and its products play in the past thirty years in the Romanian public space and what is left of it today, both in the memory of photographers and in that of the general public? This question could include, described in a few words, the operative anatomy of the “AZO” exhibition, as well as the socio-cultural context in which it was placed. 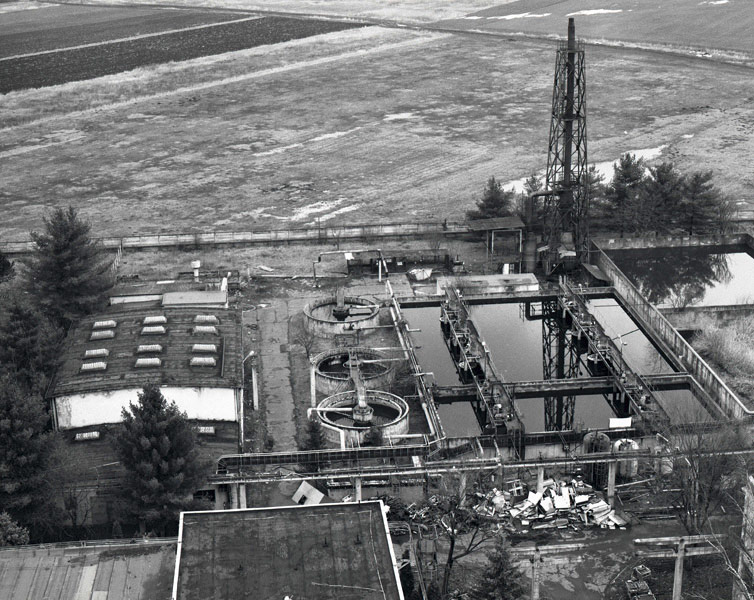 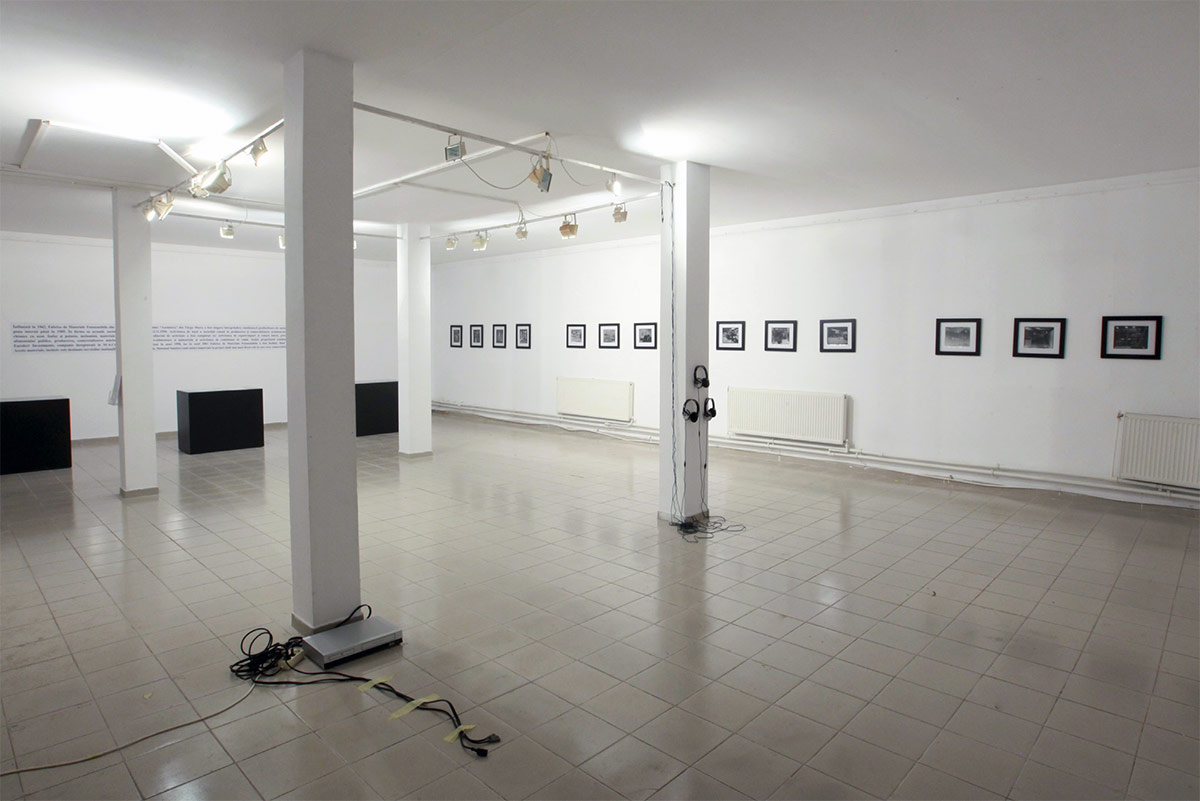 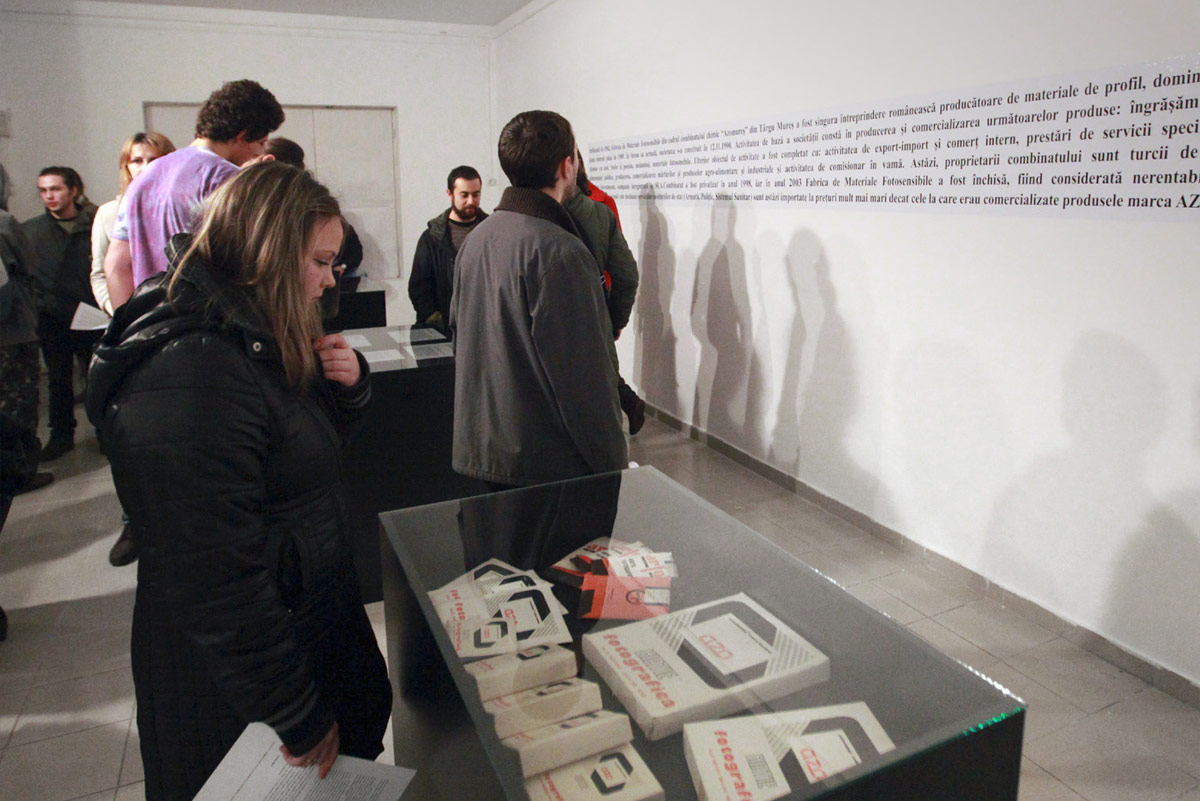 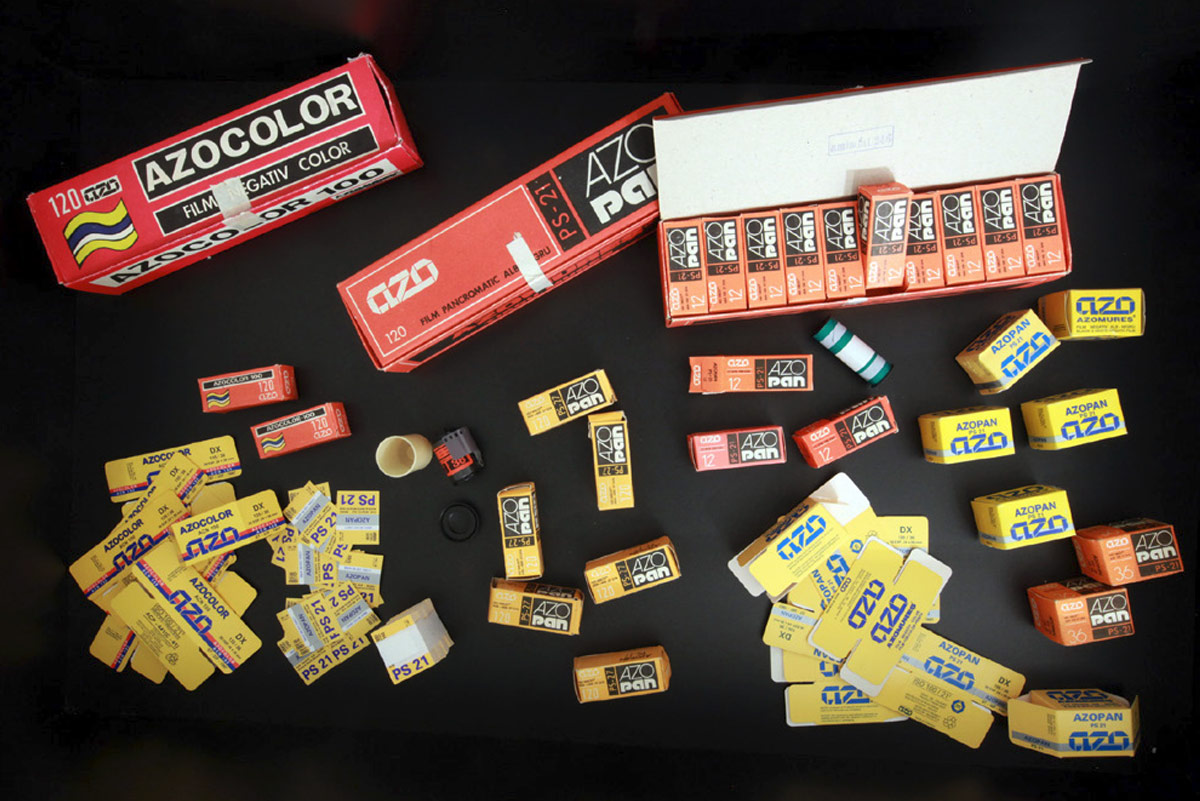 Răzvan Ghindăoanu was a student at the Photography, Video and Computer Image Processing specialization of the “George Enescu” University of the Arts in Iaşi.