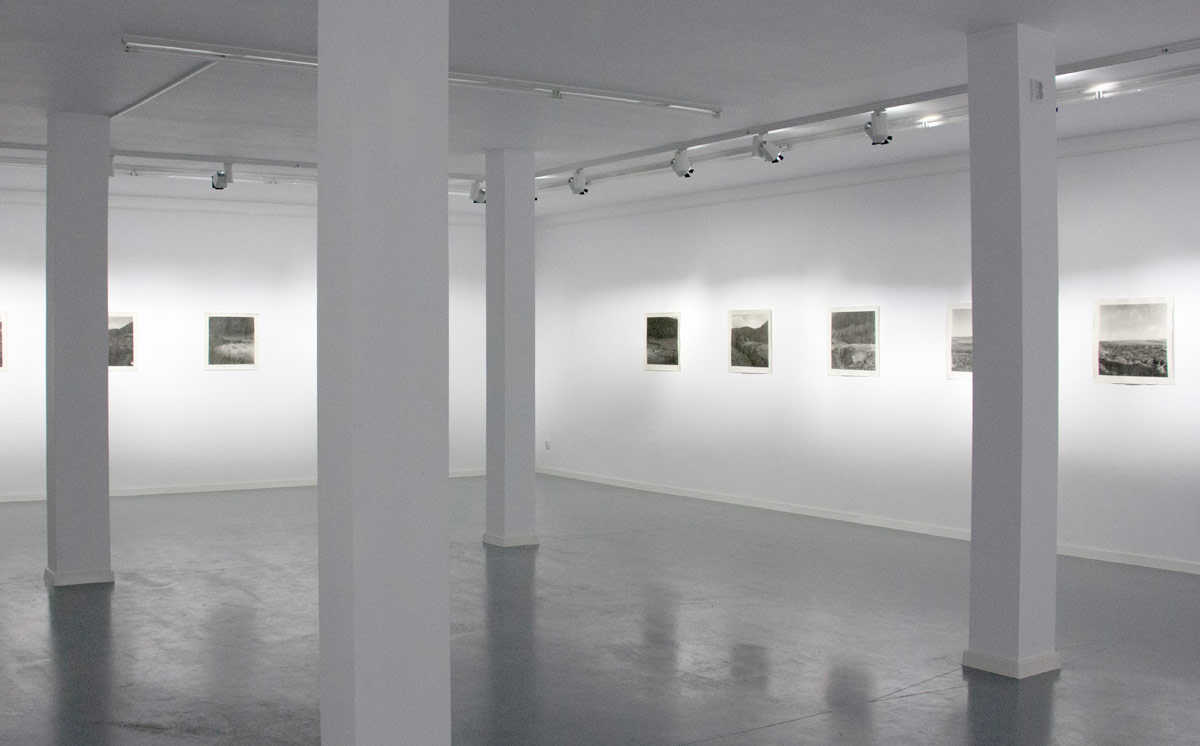 The impossible narrative – but also the preferred diversion – that the artist aimed for in order to deconstruct the relation of familiarity with the photographed image of nature was born precisely between the natural landscape and the photographic camera.

Without imagining the meditative loneliness of the photographer in the striated space of the subnatural, and without placing ourselves in the situation of intriguing the observer in the fraught presence of the affected ecosystem, one could deny poetry the reduction of silence, the event of the reversed gaze and the instigation of existentialist romanticism. Under these conditions, the aspiration to the formalized correctness of the agreement could be revoked.

Mihai Nistor’s works are not metaphors, they are not investigations, they are not variations. Each piece has its own contradiction. It is not a landscape, it is not an object, it’s not a technique. It could not be said, for anything in the world, what it is. Because it would be something completely different every time. How in the process of a practice – of photographing human interventions in the landscape (without capturing any human presence), of abstracting photography in order to objectify it, to correlate materiality with manuality, in contrast to virtuality and digitization – could be conceived an experiment of thinking about the event of work as an intransigent repetition of the irrevocability of critical creativity.

Historical references and cultural inserts (such as questioning the picturesque landscape, the rhetoric of anthropisation in the Earth Art movement, or evoking altered environments in the New Topographics movement) are multi-layered, the same way the image of the photographic negative is superposed on the emulsion, which in turn disperses over the paper, which in turn is made of braided cellulose fibres, which in turn is obtained from plant mass grown from the ground. In this logic of multi-layering, photography can be considered as being generated by a transformative relationship with the earth.

The exhibition also contained, hidden in plain sight, a secret work, a non-photograph operating as an indicator of a research-based-practice in the escape field of a temporary denouement. 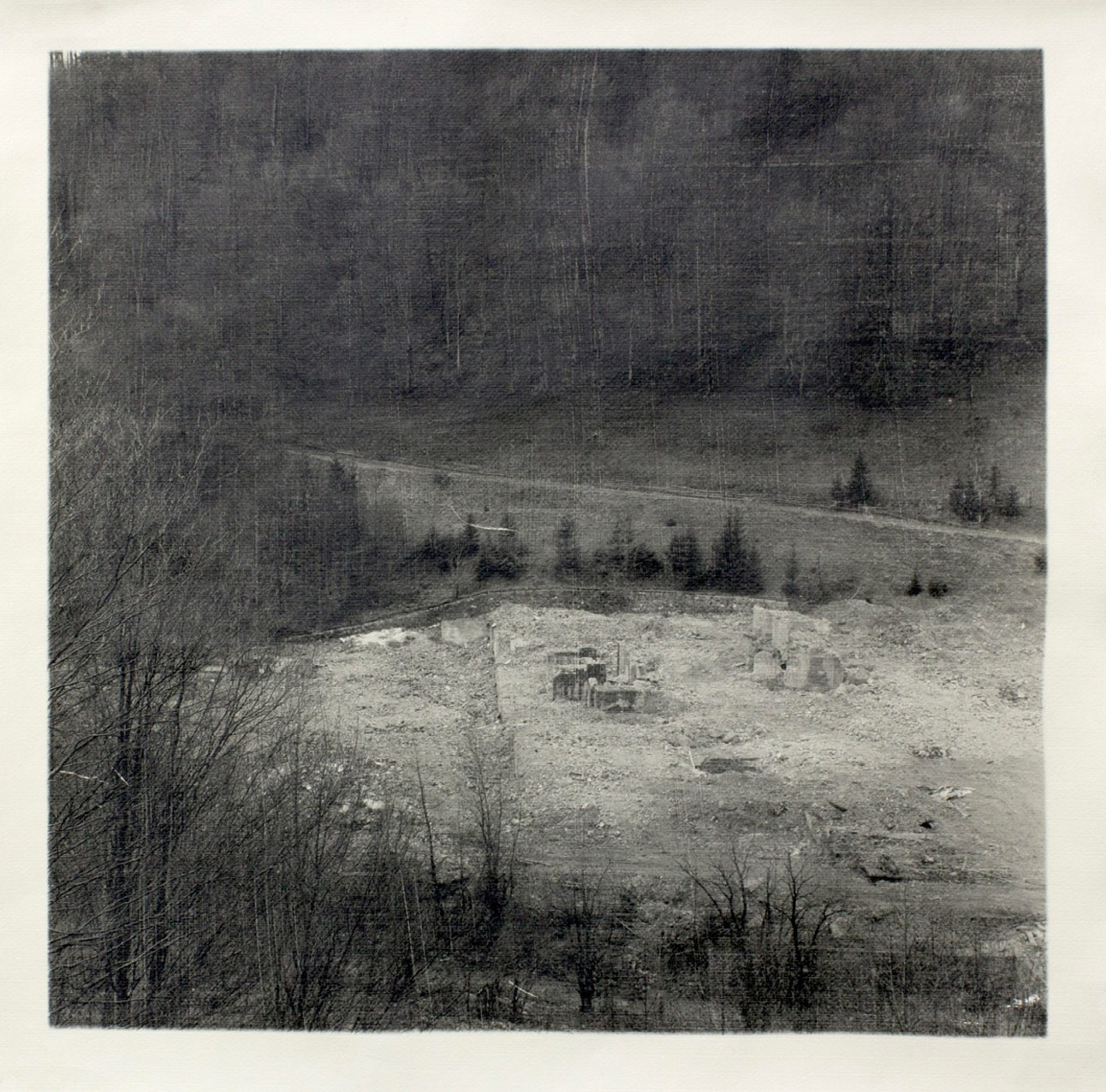 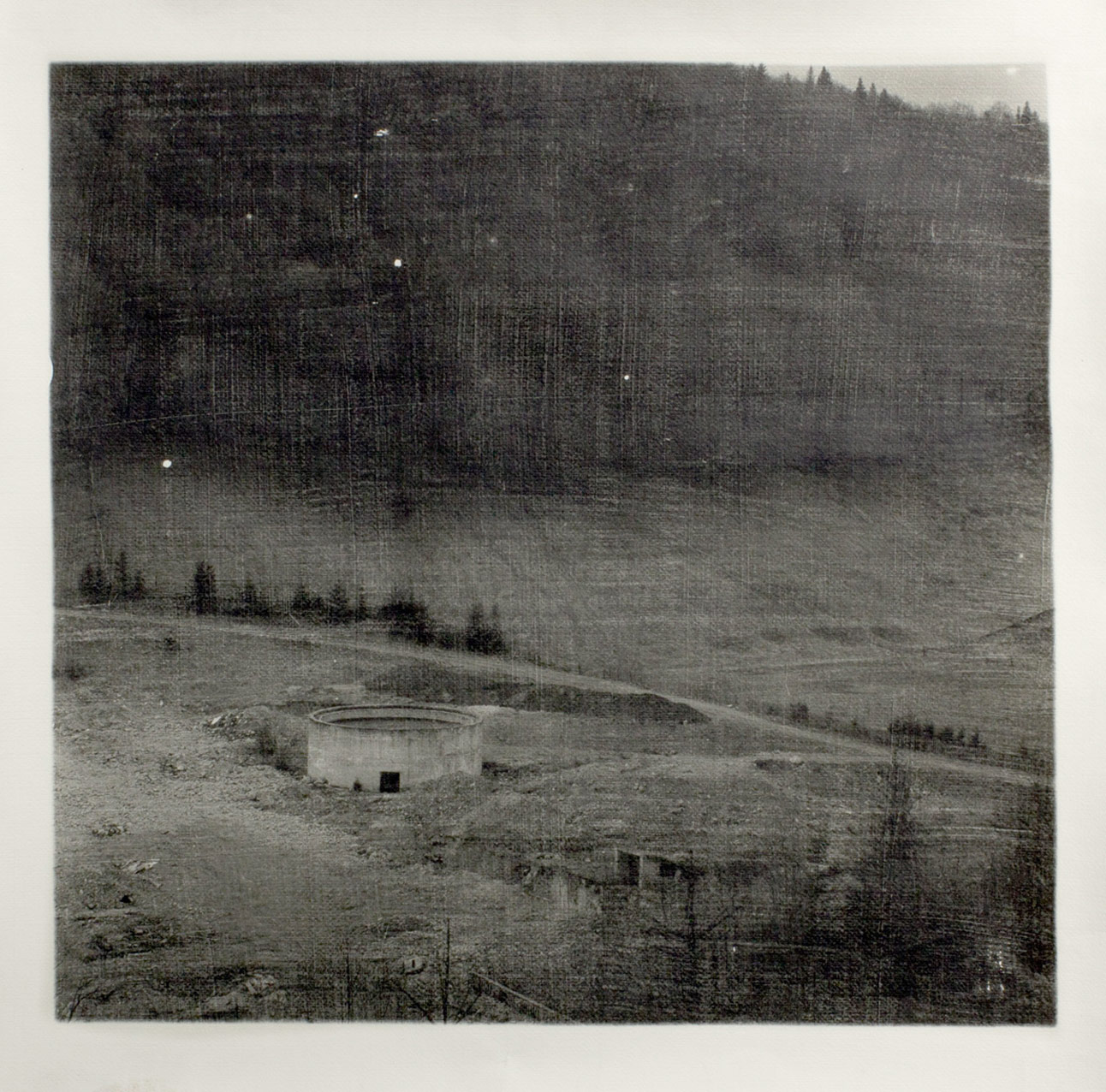 Mihai Nistor has been a postgraduate student of the Faculty of Visual Arts and Design, in Photography, Video, Computer Image Processing specialization, within the “George Enescu” University of the Arts in Iasi.