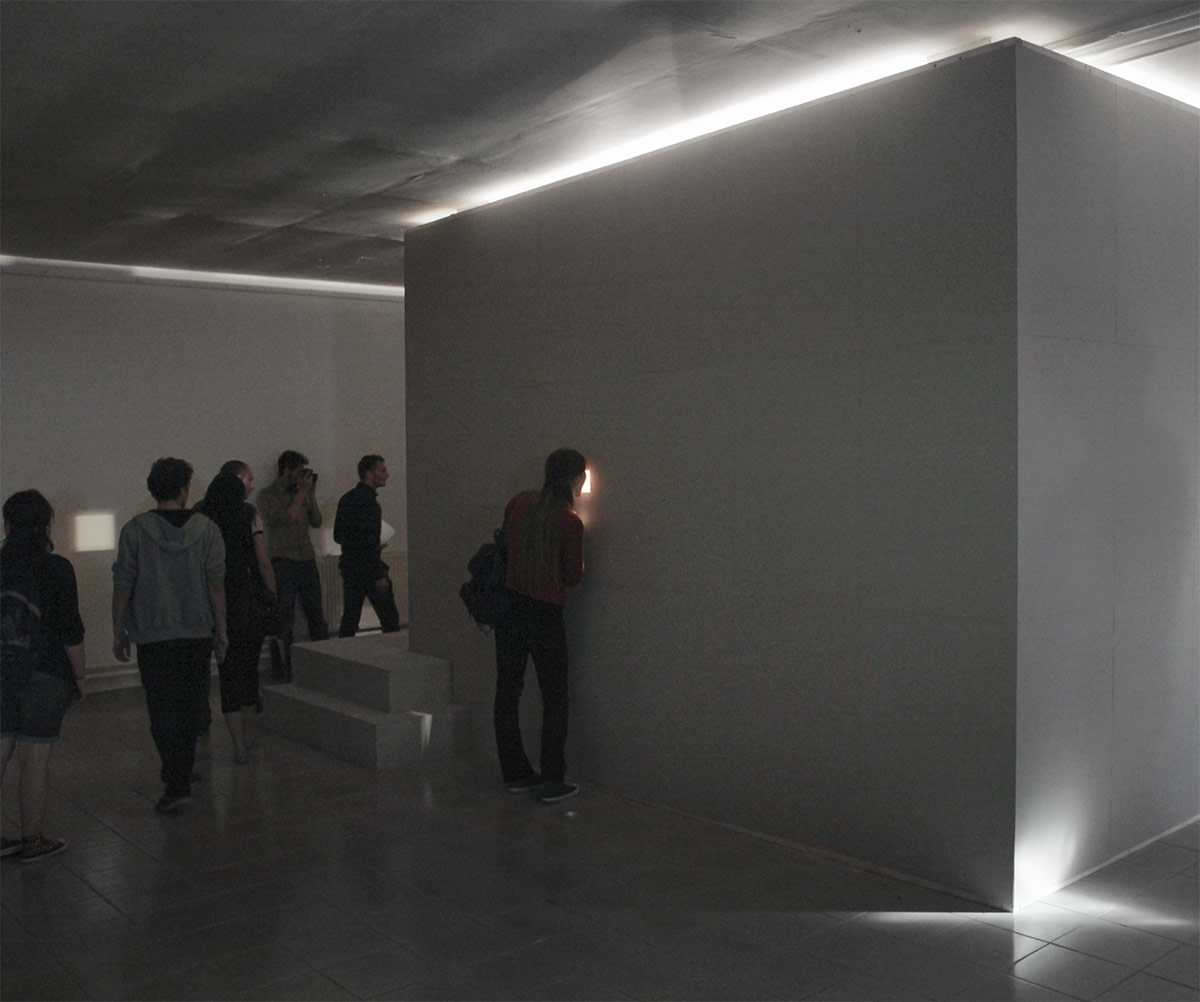 “Within a few years the workers therefore transformed their all-but-identical Corbusian cubes into uniquely differentiated, private spaces capable of reminding them of the things which their working lives had stripped away.” (Alain de Botton, The Architecture of Happiness)

The “Interlock” project has proposed the introspective exploration and the investigative perception of the standardized domestic space, by applying a certain vision of contemporary architecture. The metaphorical term “interlock” indicates both the design of a building and the associated behaviour, that is the establishment of a set of semantic relations between the behaviours of the interlocutors of a block, the identity block of the tenant who interacts with the block in which he lives and the perception and participation of the audience exposed to the exhibition intervention.

Rapid industrialization, the consequences of which were later exacerbated by imperative globalization, forced the creation of new living spaces in urban areas, spaces that de-localised their identities and semantics, harming the privacy of residents, and which were never recognized as conforming to the aesthetic visions of the tenants. The individual living spaces not only occupied a physical place dominated by a visible tyranny of measurements and delimitations, but they re-formed, mentally, the identity and collective memory of a community.

The self became socialized on a predetermined path and acted as an observer; it excluded itself, but at the same time it saw itself, compared himself and searched for its identity. The experience of predetermined routes, as typical behavioural habits in common living spaces, has defined a space of alienation.

In relation to the experience of the self, the apartment block became the object of study of the exhibition and offered the image of a laboratory in which human behaviours were (re)produced. “Interlock” transposed the identity of the resident, neighbour, tenant or landlord into a participatory view and dynamic of the public. The observer of this laboratory was brought from the unique, individual and individualistic state, to a common denominator, that of willingly participating in the social act of living together and of supervising this life. In this equation, the home has become a container of idealized lifestyle forms.

The utopian ideal of modernist life and architecture involved a rational visual organization of space in order to have a common aesthetic and moral experience. The application of the principles of modernist thinking of sharing the common living space involved in time a degradation of the quality of the perception of the relations with the others and of the properties of the understanding of the urban landscape. Although the geometric and functional structuring of the interior and exterior space involved a balanced relationship between private and public life, the implementation of housing organization and segmented urban planning created the certainty of a fracture between aspiration and achievement.

“Interlock”‘s objective was to intervene in the visitor’s consciousness like an aesthetic device that aimed to produce a reflection on both the perception of the dynamics of personal experience and the advanced relationship between the bases of an ideal architectural structure and the real field of implementation of housing in the built space and the urban one. 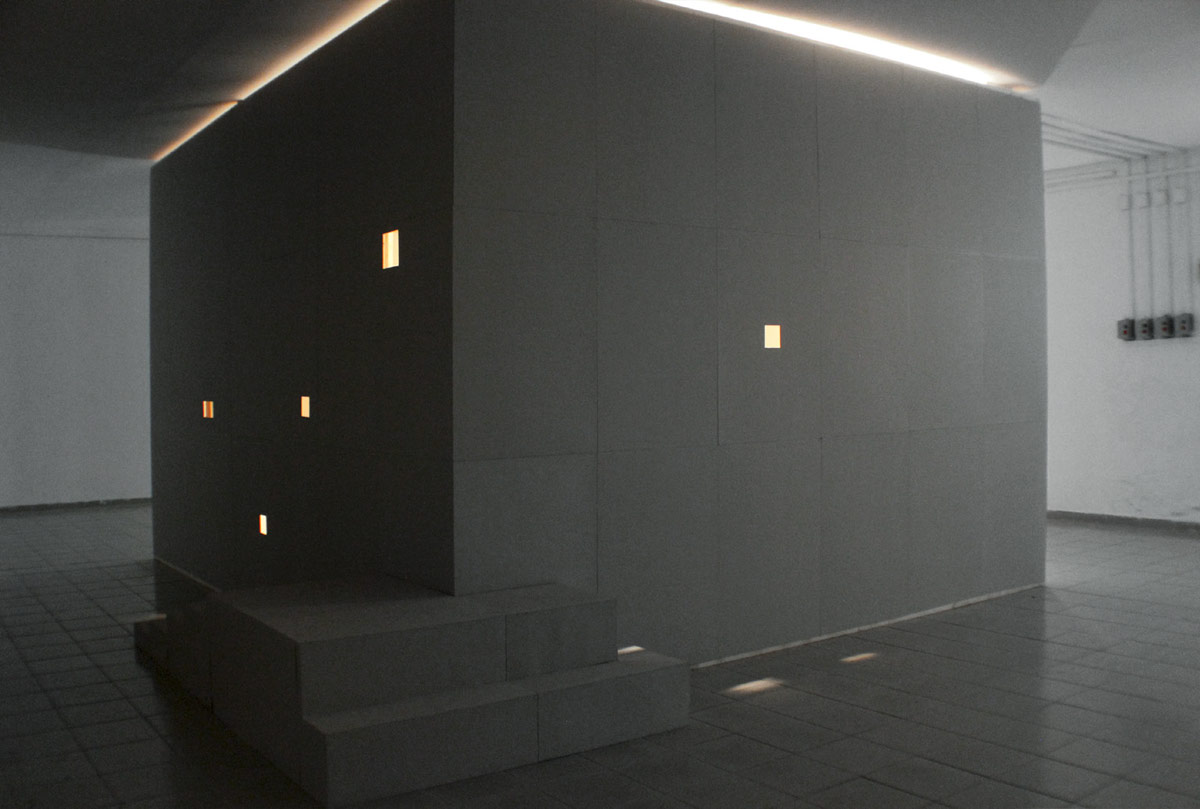 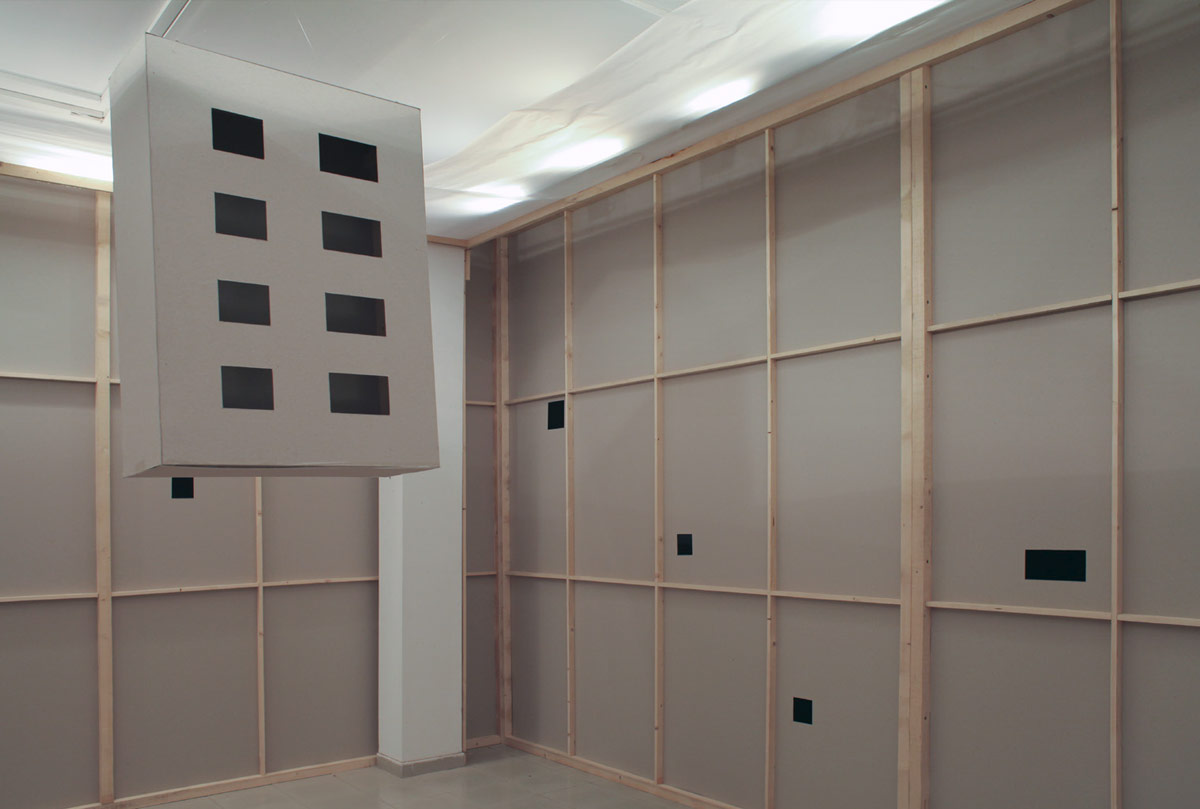 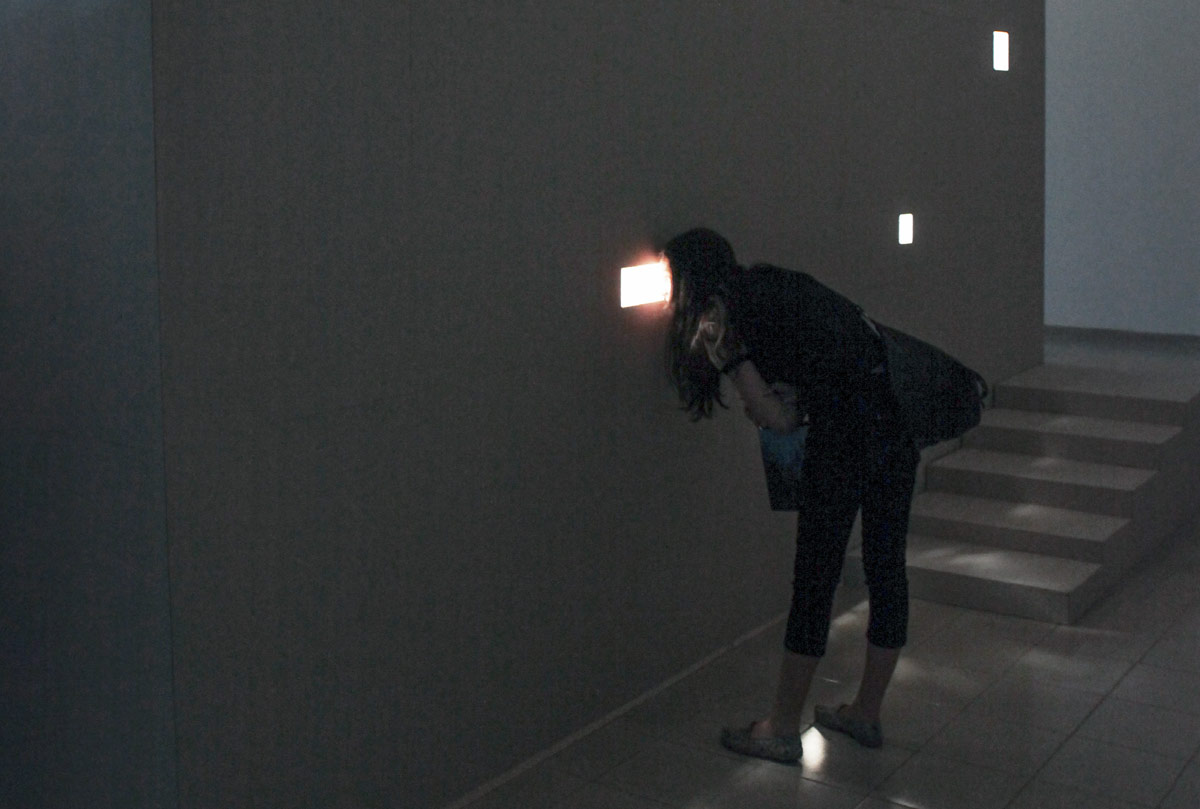 Ionuţ Toma (b. 1987) was a postgraduate student of the Faculty of Visual Arts and Design, Department of Mural Art, within the “George Enescu” University of the Arts in Iaşi. He received an Erasmus scholarship for the Interior Design specialization at ESAD (Escola Superior de Arte e Design) in Portugal. He is interested in exhibition design and in sustainable architecture.