Art could be viewed as a circumstantial but establishing promise, which would prove the ability to reclaim the recurring promise of politics.

In presenting situations of political interpellation in everyday life and deconstructing the regime of political advertising by reclaiming the political, Andrei Venghiac has proposed inserting audiences in the striations of imaginative thinking about the threat of housing, the eradication of architecture, imposing politics and questioning cohabitation.

The installation of the message in an aesthetic space made it possible to index the fetishization of political hope in the material conditions of an irreversible alienation. Without directly questioning the dynamics of social elaboration of a civic “false consciousness,” the meshes on which the photographs were printed could be read as inverted projections from the psycho-agonistic intimacy of a block of flats onto the public visual space of a city.

The transfer of medium through which the image has been represented, initially optically recorded, then conceptualized, then photographed, then printed, then televised, then displayed, then discursivized, has described both the fluidity of symbolizing the impulses of the political and the lunges of artistic consciousness in a concrete struggle with the Real (Lacan followers, beware).

The language of art, in relation to the image of politics, is sometimes cryptic, but the practicality of art could invoke the resolution of perplexity through presence and resistance. Art can respond to political advertising through reclamation. 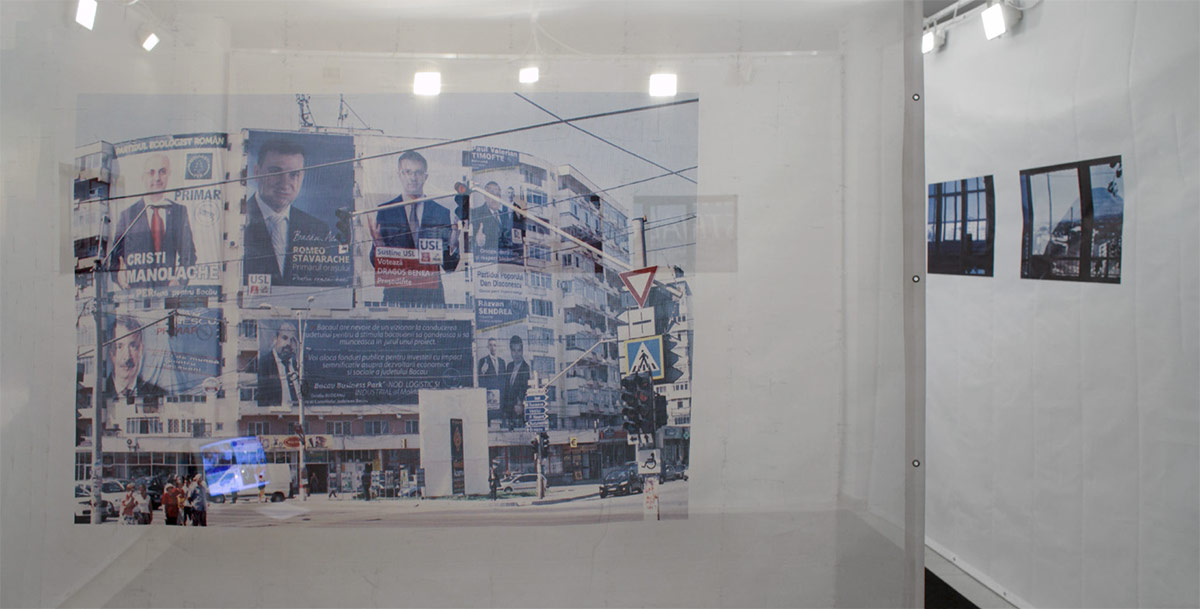 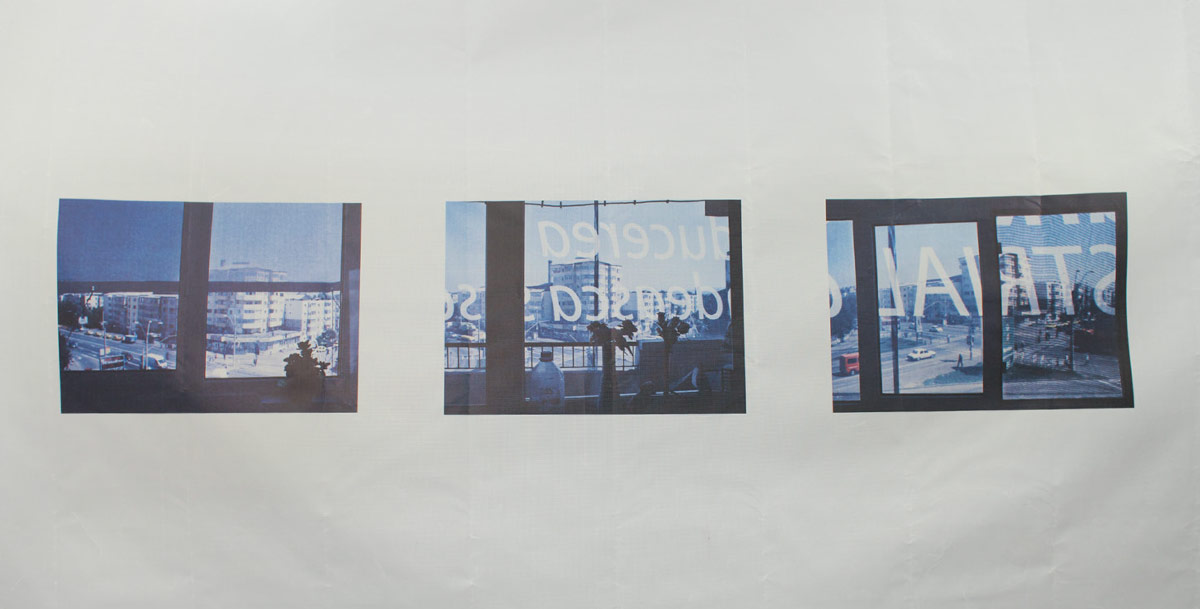 Andrei Venghiac (b. 1990, Bacău) was a postgraduate student at the Photography, Video and Computer Image Processing specialization of the “George Enescu” University of the Arts in Iaşi. He has exhibited photography works in the exhibitions “Ameninţarea oraşului” (“The city menace”) (Faculty of Architecture, Iaşi, 2012) and “Real-i-Real” (“Real-un-Real) (Aparte Gallery, Iaşi, 2012).